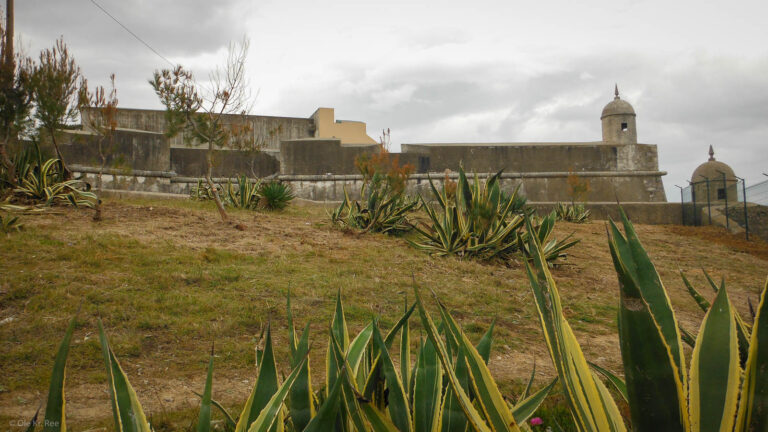 On this 25th of April we celebrate more than freedom: we celebrate the work done by Cascais in safeguarding the heritage. April 25th, from 2:00 p.m. to 7:00 p.m., and for the first time, a unique opportunity to visit the Fort of Santo António da Barra. Accepted just over a month by the Cascais Town Hall, the popularly known as “Forte de Salazar” opens to the public.
Program commemorations April 25

With much work still to do, it is possible, however, to share with the citizens the benefits of the transfer of patrimony to the municipal sphere.

After removing tons of dirt, herbs and garbage. After cleaning the graffiti and recovered the tile panels, after recovered paths and walls. After creating an exhibition route so that everyone can (re) discover the space, the Fort of Santo António da Barra will open on April 25, from 2:00 p.m. to 7:00 p.m.

A unique opening, for now, and that the Chamber of Cascais wants to share with all the citizens of Cascais. They are all invited to celebrate freedom in the Fort of Santo António da Barra.

At 2:00 p.m., the Mayor of Cascais, Carlos Carreiras, will open the doors, inviting everyone to know this new phase of the life of the 17th century building.

Throughout the afternoon the chorus of the Conservatory of Cascais, the Youth Band of the Education and Recreation Society of Janes and Malveira, the Chamber Choir of Cascais, the Choir Discantus, the ESSA Choir of the Salesian School of Santo António do Estoril .

Closing the ceremony will be heard the National Anthem, in an interpretation of the Youth Band of the Society of Instruction and Recreation of Janes and Malveira.

The visit to the fort will continue until 7:00 p.m., when the doors will be closed again until a new use of space is decided.

In the year that celebrates 44 years on April 25, the celebrations in Cascais start at 10:00 p.m., in Praça 5 de Outubro with the performance of the Philharmonic Bands of the Sportiva Alvidense Musical Society and the Family and Recreational Society of Malveira da Serra.

It follows a rally from the 5th Place of October to the Park of the Citadel of Cascais, where, starting at 10:30 am, will perform the Philharmonic Bands of the Sociedade União Paredense and the Musical and Sports Solidarity Group of Talaide.

At 11:00 a.m., at Jardim Costa Pinto, popularly known as Jardim da Parada, there are the Philharmonic Bands of the Carcavelos Recreational and Musical Society and the Janes and Malveira Education and Recreation Society

Type to search or hit ESC to close
See all results